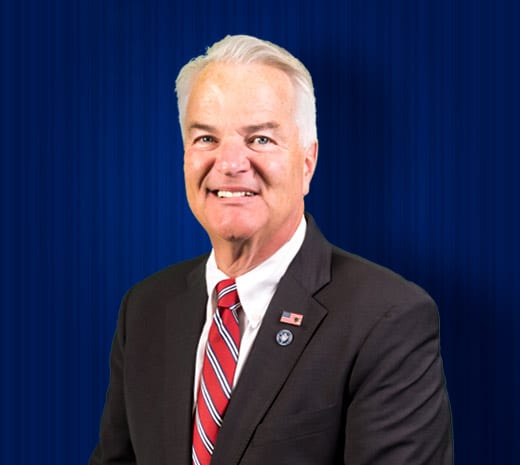 Michael E. McMahon was inaugurated as the District Attorney of Richmond County on January 1, 2016. He serves as the chief law enforcement officer on Staten Island.

Upon taking office in 2016, District Attorney Michael McMahon made it a priority to transform the Richmond County DA’s Office (RCDA) into a modern prosecutor’s office focused on precision prosecution, problem-solving crime prevention, and bridge building between law enforcement and the communities it protects. Under McMahon’s leadership, the office has increased the number of Assistant District Attorney’s on staff by 90 percent while also creating new Bureaus and Units to better fight and prevent crime on Staten Island. The office also boasts a higher conviction rate while overall crime continues to drop each year, making Staten Island the safest borough in New York City. McMahon has utilized his broad and deep experience in law and public service to implement and pursue the issues he promised Staten Islanders to address. He has successfully attacked the Island’s criminal justice issues: From the opioid epidemic to traditional street crime; from domestic violence to economic crime; from crimes against our children to assaults on women and seniors, and creating a new unit to protect animals. McMahon continues to work with partners in law enforcement, especially our police officers and detectives, to drive down crime numbers and keep Staten Islanders safer. Recognizing the significant challenges facing Staten Island as the epicenter of the heroin and prescription drug crisis, DA McMahon has made this issue a central focus for his administration. He successfully secured funding to create and expand the office’s Narcotics-Investigations Bureau, which continues to investigate and prosecute hundreds of major drug cases each year. Working together with the NYPD, DA McMahon in 2016 created the Overdose Response Initiative (ORI) to investigate all drug overdoses on Staten Island in order to trace back the source of the illicit drugs and hold dealers more accountable. ORI has led to dozens of major investigations, which resulted in successful prosecutions of Staten Island’s most dangerous and notorious drug dealers. Due to its success, ORI has been expanded to all other boroughs of New York City. At the same time, DA McMahon expanded the office’s efforts to help Staten Islanders suffering from addiction illness. In 2017, DA McMahon launched RCDA’s Heroin Overdose Prevention & Education (HOPE) program following months of collaborative work between his office, the public health community, the NYPD, and numerous other community and government agencies. HOPE is a first-of-its kind diversion program in New York City, which redirects low-level drug offenders on Staten Island, pre-arraignment, to community-based health and treatment services, instead of jail and prosecution. In the years since its inception, the HOPE program has helped hundreds of Staten Islanders gain access to treatment services. HOPE has since been expanded to offer these life-saving resources to a greater population of individuals with underlying addiction issues. DA McMahon has also taken a renewed approach and focus to addressing Domestic Violence on Staten Island, which has soared in recent years. He created RCDA’s first dedicated Domestic Violence Bureau, expanding it in recent years to meet the many challenges associated with domestic violence cases. Additional staff has been dedicated full-time to these cases, and misdemeanor domestic violence cases are now handled in a vertical prosecution style to better serve victims. McMahon also introduced new procedures to more quickly engage and serve victims, thereby cutting dismissals in these cases in half and doubling the contacts and services those victims. Prior to serving as District Attorney, McMahon was extremely active in a career serving the people of Staten Island on the local, city, state, and federal levels. He began as a local civic association and community board member, and then became counsel to two N.Y.S. Assemblymembers and a City Councilman. In 2001, McMahon successfully ran for the North Shore City Council seat where he served for three terms. McMahon professionalized the Council office, implementing ethical and accountability standards. At the same time, he became the first Chair of the Committee on Sanitation and passed a twenty-year plan that put a lock forever on the Fresh Kills Landfill, converted it to parkland, and saved and expanded recycling. He also passed laws that reined in the Island’s wild overdevelopment, mandated nurses in every school and forced the City to expand ferry service. In November 2008, McMahon was elected to represent Staten Island and Southern Brooklyn in the U.S. House of Representatives. Here, McMahon continued to successfully represent his constituents by helping pass the James Zadroga 9/11 Compensation law, and the legislation that created the Iron Dome air defense system over Israel. He created the Invisible Wounds Caucus which focused on Veterans’ Mental Health issues including the unacceptable rash of suicides. McMahon also secured the funding to expand and modernize the stretch of the Staten Island Expressway between Victory Boulevard and the Verrazano Bridge, the complete renovation of the St. George Ferry Terminal, and the reconstruction of subway stations in Brooklyn. McMahon was born and raised as one of seven children in the Stapleton neighborhood of Staten Island, and is a graduate of St. Joseph Hill Academy, Monsignor Farrell High School, New York University and New York Law School. McMahon is married to Supreme Court Justice Judith N. McMahon and they have two children, Joseph, now married to Irina, and Julia. They are also proud owners of Scoutyann, their seventeen year old West Highland White Terrier.