SPECIAL COUNSEL TO THE DISTRICT ATTORNEY

Currently a prosecutor with over twenty years of legal experience and an overall combined total of over 33 years of law enforcement experience.

Iam currently a member of the Executive Team, and serve as Special Counsel to District Attorney Michael E. McMahon of Richmond County (Staten Island). In that capacity I advise the District Attorney daily on legal, personnel, police, and policy matters. I am also tasked with overseeing the Narcotics-Investigations Bureau which handles all narcotics arrests, long term investigations, Title III Wire Tap applications, as well as, investigations into overdose deaths through the Overdose Response Initiative (O.R.I.) Additionally, I oversee the Detective Investigators Squad and Crime Strategies Unit which monitors crime patterns, tracks “drivers of crime” and handle self-initiated investigations.

With the Kings County District Attorney’s Office I was privileged to serve in numerous and various assignments.

I was a Bureau Chief and Supervising Attorney in Charge of Trial Bureau 5 – Orange Zone. In that capacity I was responsible for supervising the prosecution of crimes that occurred within the confines of the 62nd Precinct (Bensonhurst), the 73rd Precinct (Brownsville), the 77th Precinct (Crown Heights), the 78th Precinct (Park Slope), as well as crimes occurring in and around N.Y.C.H.A. Housing Developments and the M.T.A. Transit Systems within those police precincts.

I was also responsible for communicating on a regular (sometime daily) basis with the Commanding Officers of each Patrol Precinct, as well as, civilian members of that precinct regarding issues that affected their respective communities. To assist me in this task, I often attended monthly Precinct Community Council meetings to find out what were the issues of importance and concern for that community.

Prior to becoming a supervising attorney, I was assigned as a Trial Attorney to various units within the Kings County District Attorney’s office, among which were the Assault on Police Officer Program, where I handled cases involving law enforcement officers who were shot, shot at, or seriously injured, and the Homicide Bureau, where in seven (7) years I prosecuted approximately 50 homicides and worked on several high profile and difficult murder cases, including the murders of P.O. Dillon Stewart, Detective Patrick Rafferty, Detective Bobby Parker and college co-ed Imette St. Guillen. I also prosecuted the individual who shot P.O. Pete Garrido whose life was saved by his bullet-proof vest. I also prosecuted a violent street crew who shot two New York City undercover detectives, injuring one of the undercovers, as the undercover officers were trying to purchase firearms from the group.

During my time in the Kings County District Attorney’s Office I was also responsible for training at various levels. I trained newly hired Assistant District Attorneys as well as experienced prosecutors on subjects such as “Witness Preparation”, “Opening Statements”, “Direct Examination”, “Cross-Examination” and “Closing Arguments”. I have also conducted various training programs for police officers and supervisors assigned to the New York City Police Department. Some of the topics have been, “Trial Testimony”, “Report Preparation” and “Evidence Gathering”.

I am also a retired New York City Police Officer. Prior to becoming a prosecutor, I was a member of the New York City Police Department, assigned to various police commands such as the 88th Precinct, the Brooklyn North Task Force, the City-Wide Street Crime Unit, and the “elite” Emergency Services Unit (ESU).

As a member of the Street Crime Unit, I was part of a plainclothes unit that had city-wide jurisdiction and was assigned to high crime areas in an effort to thwart violent street crimes ranging from gun possession to robberies.

As part of the Emergency Services Unit, my duties included assignments to counter-assault teams, the handling of emotionally disturbed persons, executions of numerous search warrants for guns and drugs, as well as dealing with armed barricaded perpetrators and hostage situations. This police background has allowed me to understand the day in and day out demands that are placed on police officers when doing their job to ensure that all communities are safe.

I was born and raised in the Bedford –Stuyvesant section of Brooklyn, which at the time was a high crime area and one of the toughest neighborhoods in New York City; I grew up in the tough New York City Housing Authority’s Sumner Housing Projects and have resided on Staten Island since 1988.

I earned a B.A. in Criminal Justice from John Jay College of Criminal Justice in 1995, and a Juris Doctorate (J.D.) from St. John’s University School of Law in 1998; I earned both degrees while working full time as a New York City Police Officer.

I am currently a member of the Faculty at Monroe College, serving as an Adjunct Professor in the School of Criminal Justice teaching Graduate Courses.

My expertise and experience as a prosecutor, and law enforcement professional have been recognized, and I have received and accepted requests for appearances on various media outlets, including Court TV (now TruTV) and a number of other radio and television programs. I also lecture and speak to various schools & community groups on issues related to crime, the community, and the criminal justice system.

As a member of the faculty for the New York Prosecutors’ Training Institute (N.Y.P.T.I.), I lecture prosecutors from various counties throughout New York State on “trial strategy”, “trial tactics”, “witness preparation”; all with an eye towards ethical prosecution.

I was formerly a Script Consultant for C.B.S.’s crime drama “BlueBloods”.

I have been honored with numerous awards and certificates, both as a police officer and a prosecutor for my enduring service to the community including the 2016 John Jay College of Criminal Justice’s Distinguished Alumni Award and the 2018 Thomas E. Dewey Medal awarded to one (1) outstanding prosecutor from each of the five (5) counties in New York City.

As a seasoned litigator, prosecutor and career law enforcement professional, I bring professional, as well as, real-world and personal experience to my vocation, having grown up and lived in communities similar to those which fall under my charge. I believe in giving back to the community and believe I demonstrate this through my teaching and community involvement, as well as my over thirty-two (33) years of public service. 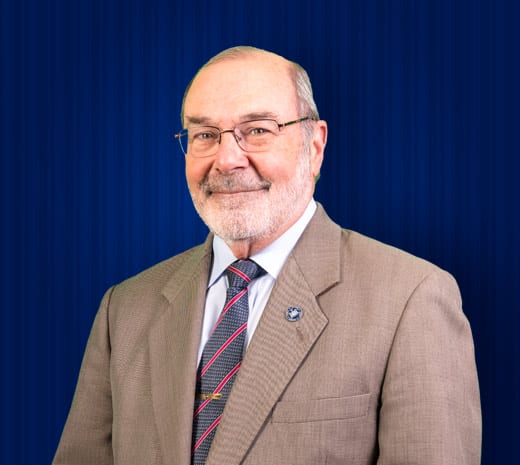